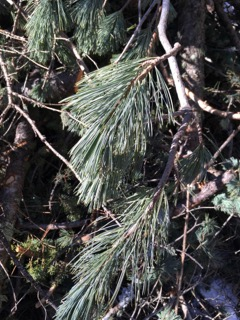 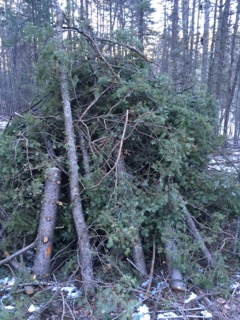 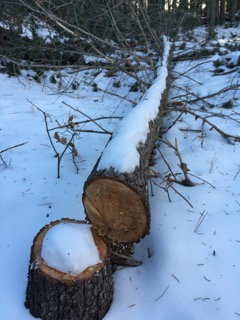 re: Southwestern white pine and slash piles in the Hyde Park project

There are two issues of pressing concern in the on-going Hyde Park project that require your attention.

First, thousands of Southwestern white pine (SWWP) have been cut on the adjacent hillside of Black Canyon (see attached photos). In 2009 the Santa Fe Municipal Watershed 20 Year Protection Plan recommended that this selfsustaining SWWP population be protected during on-going maintenance activities. To quote from the Protection Plan p. 20:

The SWWP refugia extends to the Hyde Park project. At the northern limits of its distribution, this SWWP population may be exhibiting unique resistance to white pine blister rust. Removing individuals that are genetically resistant before it can be determined their value in countering the disease would be a significant loss to regional biodiversity. It's also unlikely that the standards of the SFNF plan are being met. The plan clearly states (p. 70) that a minimum of 120 SWWP remain per acre following clearing and burning.

Unfortunately, the Forest Service has a long history of ignoring evolutionary processes such as natural selection. In its formative years the agency encouraged land owners along the eastern seaboard to cut down all American chestnuts before they were killed by an exotic blight. As a result genetically resistant trees that may have allowed the species to survive and adapt were lost.1 A more recent example is salvage logging of beetle killed white bark pine in the northern Rockies. In this case, resistance and adaption is threatened by both clearing dead and surviving Pinus albicaulis and large-scale replanting of non-resistant trees. (2)

Second, there are hundreds of large closely spaced slash piles on the steep hillsides above Black Canyon. These piles are built for maximum ventilation; when burned the organic matter in the soil beneath will be lost along with the microbial community. The Record of Decision for the Santa Fe Municipal Watershed Project requires that slash piles generally be no more than eight feet in diameter and six feet high to address this concern. The Hyde Park slash piles are far larger (see attached photo). There is no justification in the project record for abandoning standard size limitations designed to maintain soil productivity.

(3) In closing we want to commend you and your staff for preserving the old growth aspen in Black Canyon. As you know nearly 70 species of breeding birds have been documented here in recent years indicating the importance of this habitat. Please let us know if you have questions and thank you for your prompt attention.


See the pdf version of the letter.