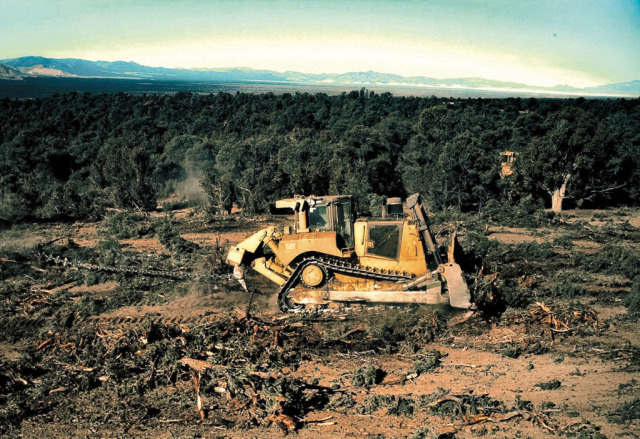 Doing Harm and Calling it Good

The massive Cones Fire Project allows the BLM to use chainsaws, fire and herbicides to “restore” the wild and wondrous Rio Grande del Norte National Monument in north central New Mexico. The result will likely be more than 100,000 acres of flattened and denuded wasteland. Comments are due September 5.

The important issues are:

BLM is currently proposing to expedite the removal of native forests and sagebrush steppes across the Intermountain West with little public engagement or scientific review. A host of over lapping initiatives would give BLM authority to conduct large and controversial vegetation removal projects on over 245 million acres of public lands.

The most significant of these is the proposed Pinyon-Juniper Forest Cutting Exemption to NEPA. If finalized this rule would allow the BLM to use huge chains, bulldog masticators and front end loaders to crush and pulverize tree and plant life in 10,000-acre patches. An unlimited number of these projects are allowed. The short 30 day public comment period ended in April.

The best available science however, shows that such projects often do more harm than good. Conducted over tens of thousands of acres, the heavy machinery disturbs fragile soils, harms native wildlife habitat and increases invasive species prone to wild fire.

BLM should halt these initiatives and establish a system of oversight, transparency, accountability together with a rigorous scientific framework for assessment and review.

See here for more information on these rollbacks and guidelines for writing a letter to the editor or guest editorial.