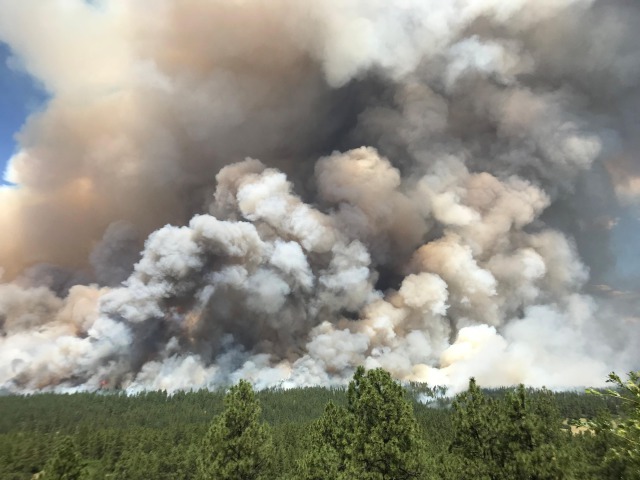 BURNING DURING THE PANDEMIC IS NOT WORTH THE RISK

On March 20, the Santa Fe National Forest issued a news release announcing they were suspending intentional burning during the Covid-19 outbreak. The reason given was to protect the public from the hazardous effects of smoke which could “further endanger at-risk members of our communities.” But on September 17 they announced the resumption of burning, despite the fact that Covid-19 cases in NM are on the rise.

The SFNF was right to suspend burning during the Covid-19 outbreak. According to the Centers for Disease Control and Prevention “Wildfire smoke can irritate your lungs, cause inflammation, affect you immune system, and make you more prone to lung infections, including SAR-CoV-2, the virus that causes COVID-19.”

Long term or short term poor air quality is associated with an increased risk of developing Covid-19 and having a more severe case.  Research into other viral infections shows that just two hours of exposure to smoke can make people more susceptible to respiratory infections.

Even without the threat of Covid-19, smoke from wildfires or intentionally set fires is hazardous.

“It’s well understood that the human health effects of inhaling wildfire smoke can be “dire,” says Rachel Morello-Frosch, environmental epidemiologist at the University of California, Berkeley. The smoke often contains high levels of microscopic particles capable of lodging deep in the lungs and entering the bloodstream, contributing to respiratory diseases such as asthma and emphysema, cardiovascular diseases such as heart attack and stroke, and other health conditions, including harm to pregnant women and fetuses.

The American Lung Association echoes these concerns: “Wildfire smoke can be extremely harmful to the lungs, especially for children, older adults and those with asthma, COPD and bronchitis or a chronic heart disease or diabetes.”

See here for information on the bacteria and fungi transported by smoke from both wildfires and intentionally set fires.